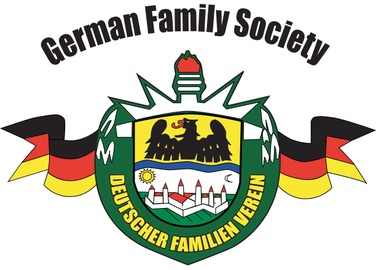 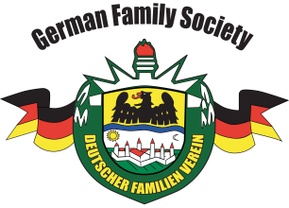 Hope that you and your family & friends are all staying safe and healthy!

We as a country along with the world are experiencing something we have never seen or dealt with at this capacity in our lifetime. This deadly COVID-19 Virus has changed a lot of our lives & lifestyles before we even knew how deadly it could be.

Unfortunately and with a total agreement with the host club in Akron, we combined in making the "right" and "smart" decision to cancel the 2020 U.S. National Donauschwaben Soccer Tournament this coming May 23-24, 2020.

I will miss not seeing all of you and your teams & fans this year on Memorial Day weekend.

We as a nation and society will survive and prevail and we will look forward to hopefully many more Donauschwaben soccer tournaments to come.

God Bless all of you and your clubs and your Familie! Until we will be together again. Stay safe & healthy.

Yours always in Sport,

Our first teams were sponsored by the German American Club on Grant Street in Akron, Ohio in the mid-fifties. Soccer was not very popular in the United States at the time, but there were several ethnic teams that played in Northeast Ohio.

In 1973, the German Family Socity of Akron had purchased 10 acres of undeveloped land, located in Brimfield township and relocated from their previous home in Akron. After years of hard work beautifying what was later to be named "Donau Park", another 10 acres was purchased in 1974, when plans were initiated to add a soccer field that many members had wanted.

Although there was enough land for a soccer field, landscaping the overgrown woods and financing such an enormous project was another matter. At that time, one of oour vice-Presidents and an avid soccer fan, Fritz Meindl, became our best spokesperson in getting the project under way. He had worked for Reuther Mold and Manufacturing Company, that was owned by a German immigrant named Karl Reuther Sr., and somehow convinced him to sponsor much of the project that included financing the large equipment needed to clear the land, construction of a concession building and seating stands, and the purchase of top soil and grass seed. Also included was the manufacturing of the large cast iron "Reuther Field" sign that still stands behind the upper field today. Most of the labor was provided by our club members, of all ages, during the time when Josef Rickert was our long-time president.

We were members of the Lake Erie Soccer League (LESL) in Cleveland. Our first manager was George Schaeffer and our first coach was Lawrence Dietrich. George Weitzel later coached the team. In the 1960's, our team dropped out of the LESL and became a member of the Akron YMCA League, sponsored by Rudy and John Lack of the L.B.L. Company. By the early 1970's, the GFS Akron Eagles rejoined the LESL and was managed by Ernie Schaeffer and coached by Werner Hennse. Our club was promoted to major division in 1976. Through the 1970's and 1980's, our main players were Joe Kovach, John Kissner, Hans Leitner, Vilmos Fekete, Hugh Sommers, Luis Orosco, and Joachim Lorenz (Jake).

Soon after the passing of two of our strongest and most dedicated supporters, Fritz Meindl and Manfred Leisner, the Meindl-Leisner (4th of July) tournament was started. This has been our primary fund-raising tournament. This tournament consists of adult men's and women's teams and is a two-day, weekend tournament, held around the 4th of July.

We have seen many improvements over the years, thanks to our members. The soccer building was improved and expanded to include shower rooms, a pavilion, and a second soccer field that was added from a swampy area of our park. The area was drained, cleared, and landscaped. Many people have been involved with the maintenance of the facilities and the sporting events, but two of the longest supporters were Marty Misbrener and Albert Petzger. Their dedication and commitment to our program have been outstanding. Marty is well known throughout Ohio for his participation in various soccer programs. In 2008, Marty was inducted into the Ohio Soccer Hall of Fame.

At one point, our organization consisted of men's adult teams, women's adult teams, and youth teams, organized by Marty, Albert, Barb Schartiger, Dave Hollenbach, Otto Orf, and others. We have had players that were heading for professional careers in soccer and retired soccer professionals play on our teams.

We at the GFS are very proud of our soccer organization that has been home to many players, coaches, and managers throughout the years, who have helped us win many trophies including seven National Donauschwaben championships, and three-times runners up. To put things in perspective, read a letter that Vilmos Fekete wrote.

2019 was another year of exciting changes. Our facilities got a facelift, with upgrades to our pavilion and haus. Thanks to the GFS board, the lower soccer field was expanded to a regulation field.

In addition to our annual Meindl-Leisner tournament, GFS may be future host for the National Donauschwaben Soccer Tournament in Brimfield. We look forward to hosting teams from Chicago, Detroit, Philadelphia, Cleveland, St. Louis, Mansfield, and Milwaukee.